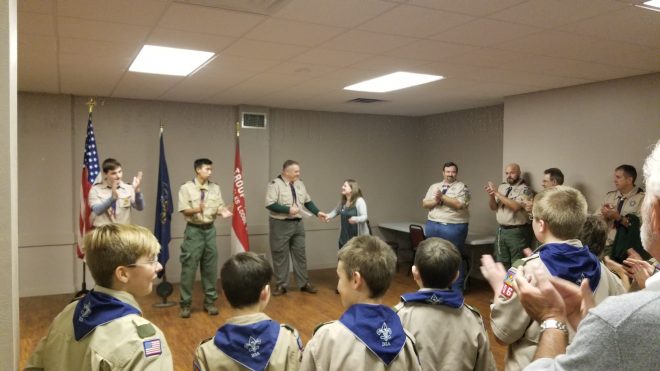 The Cranberry Township Elks’ Club has not only been Troop 404’s sponsor organization for quite a while, but has also surprised the Troop on numerous occasions by generously donating to the Troop for good causes. This evening, the Elks’ club donating a substantial amount of money to the Troop to help pay for a new Troop trailer. The current one has served its purpose for some time, however it is starting to show its age, and as the Troop is growing in size, we are outgrowing the trailer.

Troop 404 is very appreciative of the donation, and would like to wholeheartedly thank the Elks’ Club!