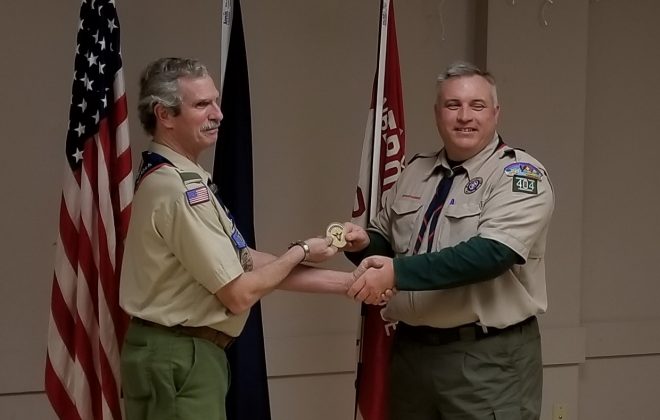 Today, Mr. James Meinert has officially stepped down as the Scoutmaster.  He has spent the past 15 years as the Scoutmaster for Troop 404.  His dedication and hard work running the Troop has positively impacted many scouts and parents.  Fortunately for the troop, we won’t be missing him because he will remain with us as an Assistant Scoutmaster.

The position of Scoutmaster has been handed over to Mr. Jayme Meredith.  Mr. Meredith holds the rank of Eagle Scout and Vigil of honor from the Order of the Arrow.  He has big shoes to fill, but we know he will fill them well!  Welcome Mr. Meredith as our new Scoutmaster!