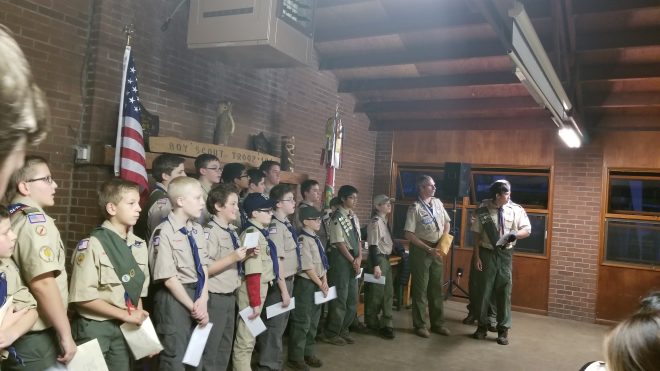 November 3-5 is when Troop 404 had their annual fall court of honor, referred to as the “pig roast” as the troop roasts a pig to be served for dinner. This is where all the scouts receive the merit badges they have worked on, as well as ranks, since May, and receive the badges they completed at summer camp. This one was a special one, as longtime scoutmaster Jim Meinert announced he was stepping down. The dinner was served, a three-course meal that included various deserts and meats like pig and chicken. Then the winners of the raffle were announced. After the meal, the relatives of the scouts left and the scouts were left to clean up.