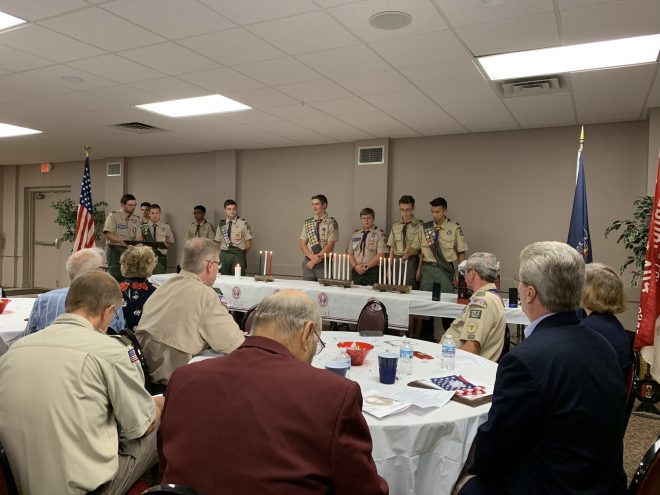 Troop 404 would like to congratulate our new Eagle Scout, Christ Noah!  He recently received his Eagle Scout Rank and today we celebrated with an Eagle Scout ceremony at the Elks club.  Chris worked hard in achieving the ranks and merit badges leading up to Eagle Scout.  The effort pays off!  In addition to achieving Eagle Scout, Chris spent over a week with his dad sailing the Atlantic Ocean as part of the Scouting Seabase Ocean Adventure.   Troop 404 would also like to thank the Elks club of Cranberry Twp for their generous donation to the troop in honor of this event.